To Kill A Mockingbird - A Catalyst for Conversation

On Sunday, January 27, 2019, the New Hampshire Institute for Civics Education (“NHICE”) will screen To Kill a Mockingbirdas part of a multi-year statewide program designed to foster conversations with the public on law, justice, and civics.  The screening will take place from 11:00 a.m. to 3:30 p.m. at the University of New Hampshire School of Law’s Warren B. Rudman Center for Justice, Leadership, and Public Service in Concord, New Hampshire.  There will be a break midway through the movie, and a light snack will be provided.  The program was made possible with support from New Hampshire Humanities, in partnership with the National Endowment for the Humanities.

New Hampshire Humanities awarded a Community Project Grant to NHICE for film screenings in all ten New Hampshire counties to start multigenerational conversations through film about law, justice, and civics.  NHICE selected To Kill a Mockingbirdto kick off the Lights, Camera, Civics!program because of the civics, social, and justice issues it raises, and its broad appeal to a range of ages and demographics.  A local team, consisting of an attorney, a teacher, and a high school student will lead the community discussions that accompany all film showings.  For the January 27 kick-off event, the team consists of Patrick Anderson, Colby Sawyer College humanities professor and film expert; Julia Peabody-Harhigh, Concord High School senior; and NHICE Board of Trustees member, Civics 603 organizer, and former federal prosecutor Dina Michael Chaitowitz.

The organizers of Lights, Camera, Civics!hope that the panel discussions accompanying its film showings will encourage civil conversation on sensitive topics and promote understanding among people with diverse viewpoints.  In discussing To Kill a Mockingbird, for example, panelists and audience members will likely discuss racism, intolerance, and segregation--the movie’s central themes--as well as how personal opinion affects legal decision-making, and whether and what procedures are in place in the criminal justice system to protect against personal opinion taking hold of a criminal case.

Harper Lee’s Pulitzer Prize-winning novel came to film in 1962.  Set a small fictitious Southern town during the Depression, local lawyer Atticus Finch, played by Gregory Peck, is appointed to represent a male person of color falsely accused of raping a white woman.  To Kill a Mockingbirdwon Academy Awards for Best Actor (Peck), Best Adapted Screenplay, and Best Art Direction.  The novel was recently adapted for the theatre, and the resulting play is currently being shown at the Shubert Theatre in New York City.

The event is free and open to the public but pre-registration is required.  To register via Eventbrite, please visit https://www.eventbrite.com/e/nhices-lights-camera-civics-project-kickoff-event-tickets-53841433176.  Contact Martha Madsen at martha@constitutionallyspeakingnh.orgfor more information about Lights, Camera, Civics!,including how to participate in the program or arrange a showing in your county.  Learn more about New Hampshire Humanities at www.nhhumanities.org 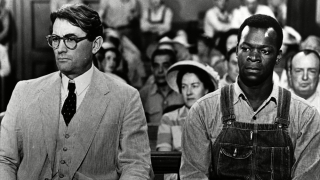 Posted at 06:50 AM in Community/Civic Involvement, Current Affairs, Film | Permalink