This sudden action is in contrast to House and Senate bipartisan proposals to increase funding to the arts. Here in New Hampshire we know the value and the power of the creative economy, and we strongly condemn these attempts to cut our national investment in the arts. 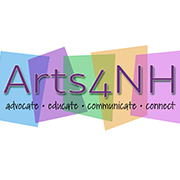 In New Hampshire we have a wealth of artists, writers, and sculptors. Our culture, past and present, is rich – but our future is in question. Nonprofit arts and culture organizations contribute more than $53 million annually to the state’s economy, and audiences contribute an additional $62 million. That equates to more than 10,000 jobs in the Granite State.

In 2012 arts and culture contributed more than $698 billion to the U.S. economy, or 4.32% of the US Gross Domestic Product, more than construction or transportation and warehousing. In fact, that report found that nearly 5 million workers were employed in arts and culture, receiving $334.9 billion in wages. Not surprisingly, for every 100 jobs created from new demand for the arts, 62 additional jobs are also created outside of the industry. But to get there, it takes crucial public seed money.

Let’s not let Congress make a shortsighted choice. Please contact and call our Representatives ASAP and tell them to properly fund the arts in our state. Investing in the creative economy is an investment in tomorrow.