On the final day of Mental Health Awareness Month, Protect Our Care is releasing a new fact sheet outlining the importance of lowering health care costs in order to improve care for people suffering from mental illness. Nationwide, more than 52 million Americans suffer from mental illness. Young adults between 18 to 25 years old are the most at risk, with more than 30 percent of people in that age range suffering from conditions like depression, anxiety, and bipolar disorder. In the third year of the COVID-19 pandemic, America’s mental health decline has worsened, suicide rates are on the rise, and it has become a national crisis. At the same time, there is a serious barrier to accessing treatment: 27 percent of Americans with anxiety or depression have reported having their care needs unmet due to cost, not knowing how to navigate gaining care, or provider shortages. 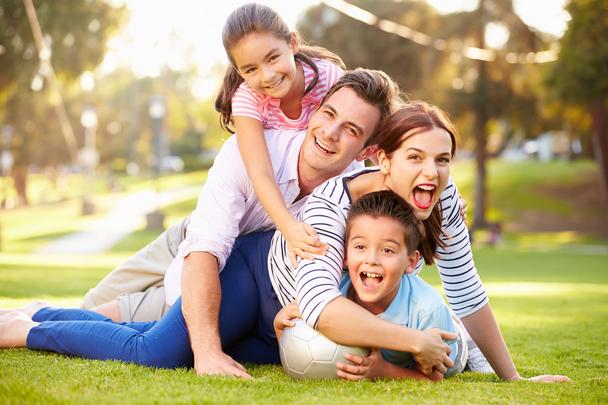 The Biden administration has already taken bold action to address Americans’ declining mental health. At the State of the Union this year, President Biden unveiled an ambitious mental health and drug use treatment plan. The plan has a special focus on school aged youth to help those who fell behind during virtual learning or suffered from isolation during the pandemic. The Department of Health and Human Services partnered with the Department of Education to provide schools with additional mental health assistance through funding and technical assistance in launching new programs. President Biden’s plan also called on health insurance plans to cover behavioral and mental health services with a minimum of three free services a year. The Biden Administration has set aside $700 million for programs to provide education and training to increase the amount of working mental health professionals.

Lowering Premiums Is Vital To Ensure Americans Have Access To Mental Health Care. More than 3 million people will become uninsured if the American Rescue Plan’s enhanced premium tax credits expire—increasing the number of uninsured Americans by 11 percent. Insurers are already pursuing double-digit premium increases, causing nearly nine million Americans to pay significantly higher rates in order to retain their marketplace coverage. Affordability is the most prevalent barrier to obtaining mental health care. Being able to afford and access health care is linked with reductions in suicide and can allow people to get preventative care for mental illness.

Lowering Prescription Costs Is Essential For Those Suffering From Mental Health Illness. Prescription medication can be a necessary treatment for many individuals suffering from mental illness. Drugs used to treat mental health and substance use disorders account for a quarter of all pharmaceutical spending for private insurers and a third of spending for Medicaid. These drugs can cost an individual anywhere from $15 to $1,000 a month, regardless of insurance status. It is particularly important for individuals using antidepressants, SSRIs, and other medications used to treat mental health disorders to have constant availability to their medications. Taking these medications as prescribed, usually on a daily basis, is important for treatment of mental health disabilities. When drug prices can prevent individuals from having access to their medication, people can’t take their medications as prescribed causing a lapse in treatment. Lowering prescription drug costs is vital to improving the nationwide mental health crisis.

Closing The Medicaid Coverage Gap Increases Mental Health Care. There are more than two million Americans currently trapped in the Medicaid coverage gap to access zero dollar premium health coverage. One in four people in the Medicaid coverage gap suffer from mental or behavioral health issues. The Affordable Care Act mandates Medicaid and private insurers to cover mental health care and preventative mental health screenings at no cost. Alongside Medicaid expansion, the enforcement of parity laws increases access to mental and behavioral health care for uninsured individuals by covering medications, therapy, and treatments for substance use disorders. Closing the coverage gap also saves lives. Giving uninsured Americans access to timely and affordable care is closely associated with reducing suicide rates among middle aged adults. Expanding Medicaid coverage is one of the most important things the federal government can do to combat America’s worsening mental health crisis.

MENTAL HEALTH IS A NATIONAL ISSUE

Mental Health Care Provider Shortages Impact Millions. While finding care for mental health has always been difficult, the pandemic has specifically exacerbated this issue. More people than ever are seeking care and therapists and psychologists are overwhelmed. A survey by the American Psychological Association, found that out of 1,100 psychologists, 65 percent had no capacity for new patients and 68 percent had waitlists longer than in 2020. Rural areas of the country are specifically vulnerable to personnel shortages, with over an estimated 7,000 new mental health providers needed to fill care gaps.

Minority Populations Are Particularly Vulnerable To Be Without Care. Youth, young adults, and minority populations are particularly suffering from the lack of available mental health care. There are only 8,300 practicing child psychologists in the United States for more than an estimated 15 million children who are in need of mental health care. Black and Hispanic people substantially lack access to mental health care, especially when compared to their white counterparts. Nearly 70 percent of Black and Hispanic populations suffering from mental illness go without care.

Insurers Block Patients From Getting Mental Health Care In A Timely Manner. Health insurance plans do not make it easy for insurees to receive mental health care. In January 2022, 30 health care plans were reprimanded by the federal government for failing to cover mental health treatments that are required by the 2008 Mental Health Parity and Addiction Equity Act. These plans were failing to cover interventions such as therapy, prescription drugs, or requiring referrals or pre-authorizations to receive mental and behavioral health treatments. The bipartisan Improving Seniors’ Timely Access to Care Act, sponsored by Rep. Suzan DelBene (D-WA-01) and Sen. Roger Marshall (R-KS), seeks to streamline the pre-authorization process, so Americans can get the care they need in a timely manner without having to wait for referrals from their primary care providers.

Anxiety On The Rise During The COVID-19 Pandemic. The COVID-19 pandemic has dramatically increased the number of people suffering from mental illness. Between 2019 and 2021, the amount of people that completed a mental health screen increased by nearly 500 percent. Anxiety is the number one mental illness that has been developed by the pandemic. Of the one million people screened for anxiety in 2021, nearly 80 percent had moderate to severe anxiety. This has been largely due to the unprecedented amounts of stress caused by the pandemic on individuals. Financial problems caused by taking time off due to COVID-19 infections, unemployment, and the rising cost of living has caused 65 percent of Americans to report high levels of stress and anxiety.

Suicide Rates On The Rise. Between 2000 and 2020, the adult suicide rate in the US rose by 30 percent. According to CDC data, suicide rates peaked in 2018 at about 14 deaths to 100,000 people. However, in 2020, teen suicides rose in many states and accounted for a majority share of deaths across 14 states. While it is still unclear how related the pandemic is to the rise in teen suicides, researchers hypothesize the loss of caregivers due to COVID-19 and the changes to virtual or hybrid schooling could be contributing to the increase in deaths.

Teens Mental Health At A Decline

Four In Ten Teens Report Feeling Hopeless or Sad. In March 2022, the CDC officially warned the public of the “accelerating mental health crisis.” Findings in an early 2021 national survey, found that 40 percent of teens reported feeling hopeless or sad and 20 percent having contemplated suicide. Increased social media use, decline of in person social gatherings, global stressors, and parenting factors are largely responsible for the over two decade trend of declining teen mental health. Teen alcohol and drug use has also surged with over 30 percent reporting increased drug use during the pandemic.

Teens And Young Adults Of Color Are Especially At Risk. Black students on college campuses have faced a growing number of racist or white supremacist incidents since 2018. Students of color experience mental and physical health consequences caused by these incidents. Colleges are failing to provide help for students of color who are mentally suffering from these incidents, let alone being able to provide minority therapists to provide racially and culturally sensitive care. High school students who have experienced racism at school also reported poor mental health and were more likely to have a physical, mental or emotional problem that makes it more difficult to concentrate.

Nearly Half Of LGBT Youth Have Considered Suicide. Declining mental health statistics among LGBT children and teens are staggering. According to the 2022 Trevor Project LGBT Youth Mental Health Survey, nearly three in four LGBT teens reported experiencing anxiety and over half reported feelings of depression, while 45 percent have considered suicide. While over 80 percent of LGBT youth reported wanting mental health care, 60 percent were not able to get it. Over 40 percent of those who could not get mental health care said it was due to lack of affordability.

Lack Of Support In Schools

Low Income Schools And Students Struggle With Increased Mental Health Problems. Over 50 percent of students in low income schools struggle with mental health illness, but only 20 percent of educators in these schools feel equipped to support these students. The pandemic is believed to have worsened conditions for students, with over four in five teachers reporting mental health conditions were a high or emergency priority during this past school year. A 2022 survey by FirstBook found that low income students dealing with unstable home life, food insecurity, and isolation due to the pandemic were among the most vulnerable to suffering from mental illness. As the national mental health decline is also affecting adults, educators in schools without financial support for mental health improvements are struggling with finding ways to support students, while also helping themselves.