Trump’s Failed Leadership on Coronavirus Pushes Nation to the Brink

As the nation reels from the novel coronavirus and its impacts, each new day brings fresh evidence of President Trump’s failed leadership.  Trump has failed to prepare; he continues to fail to tell the truth; and he continues to ignore science and the experts while daily misleading the public.  The same man who once claimed that he alone can fix our nation’s problems now denies any responsibility to confront the coronavirus crisis.

When informed of the severity of the looming threat, rather than level with the American people and take steps to protect the public, Trump downplayed the problem and tried to boost his reelection prospects.  Trump gambled. America lost.

The appalling facts of this crisis are that America does not have the supplies we need to test for the virus, our health care workers do not have the protective gear they need and our hospitals are not prepared.  Trump continues to spout misinformation. His administration appallingly continues its assault on people’s health care through the courts. And Trump’s continued failure deprives our health care professionals the protective gear, masks, ventilators and test kits necessary to address the crisis aggressively and effectively.

Ten years ago this month, Congress took historic action to bolster the health security of every American family.  In the face of blatant lies and false political attacks, Democratic Representatives and Senators, under the leadership of Nancy Pelosi and Harry Reid, took the courageous action to pass President Barack Obama’s Affordable Care Act.

Today, polls show that the Affordable Care Act is more popular than ever.  Despite a decades-long campaign of lies, distortions and negative spin, the ACA stands as a shining example of what we can accomplish through vision, courage and a passionate commitment to service.  Trump backs the court case, Texas v. United States, that seeks to eradicate the ACA and will be heard this fall in the Supreme Court, with two newly appointed Trump justices. at the very moment when they need it most.  The case, which The Atlantic characterized as, “a partisan stunt that’s been roundly condemned by lawyers on both sides of the aisle,” would rip health care from more than 20 million Americans and eliminate protections for 135 million Americans with pre-existing conditions.

In their highly acclaimed new book, Unmaking the Presidency, Susan Hennessey and Benjamin Wittes, editors of Lawfare, correctly observe that Trump “is the first president in American history whose average public statement on any subject cannot be granted any kind of presumption of factual accuracy.”  In our current crisis, such dishonesty in the highest office in our land is creating disastrous consequences. 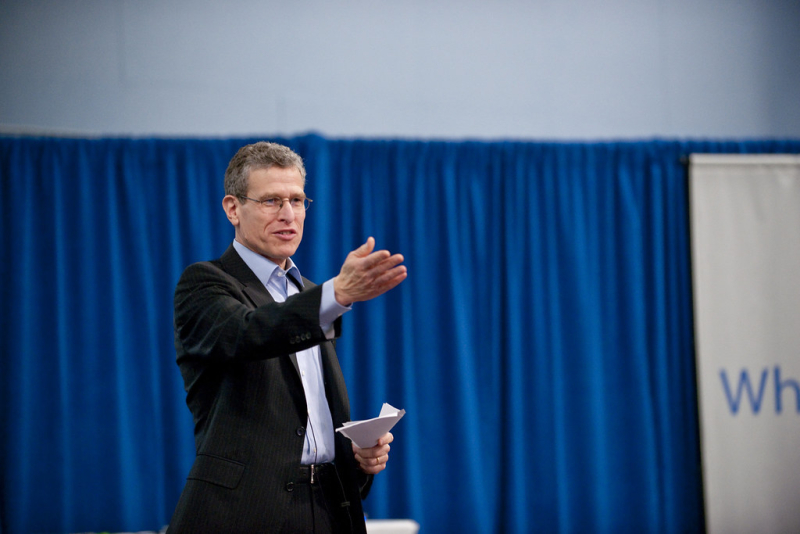 Leslie Dach, served in the Obama Administration’s Department of Health and Human Services, and coordinated the Department’s global response to the Ebola outbreak. He is the founder and  Chair of Protect Our Care, which works to make health care better and more affordable.