The Mount Washington Cog Railway’s Engine, the first mountain–climbing cog railway engine in the world, will be attending the NH Made Street Market in Concord on Friday, June 7thin celebration of the State House Bicentennial. The train will be located among the festivities on Capitol Street, along with the Cog Railway tent.

Peppersass was completely restored over the winter by Goodens Powdercoat of Whitefield, NH and the lettering hand painted by SDI signs. The iconic train recently toured the Northeast, traveling to Philadelphia, Steamtown Historic Site in Scranton, Pennsylvania and ending in Washington, D.C.  The Cog Railway itself is celebrating its sesquicentennial anniversary in 2019, with a list of season events including a June 22ndGala party, July 3rdFamily Festival and the popular Railway To The Moon Steampunk Festival, slated for August 17 and 18.

The a 150thanniversary Gala on June 22nd. This will be an event of epic proportions with refreshments, presentations, cake and champagne ending in a magnificent custom firework display by American Thunder Fireworks on the mountain. Those interested in attending this momentous event can register for tickets online at thecog.com.

There will be festivities throughout the day on July 3rd, marking the day in 1869 that the railway opened for service to the summit.  On this day, there will be Victorian lawn games, free samples by Calef’s General store, BBQ by Smokin T’s, cake and ice cream, music and more. Fireworks will end the day.

On August 17th and 18th, The cog will host its annual Railway to the Moon festival.

In its 4thyear, this exciting festival is a treat to the senses with costume, live music, live steam art and more. The Steampunk festival is a celebration of the inventiveness of Cog Entrepreneur, Sylvester Marsh, and his undaunted will to build a “Railway to the Moon”. It is a combination of the wild west, Jules Verne fantasy and the Victorian Era with a circus atmosphere. Visit railwaytothemoon.com for festival details or stop by the Cog Railway tent on Capitol Street. 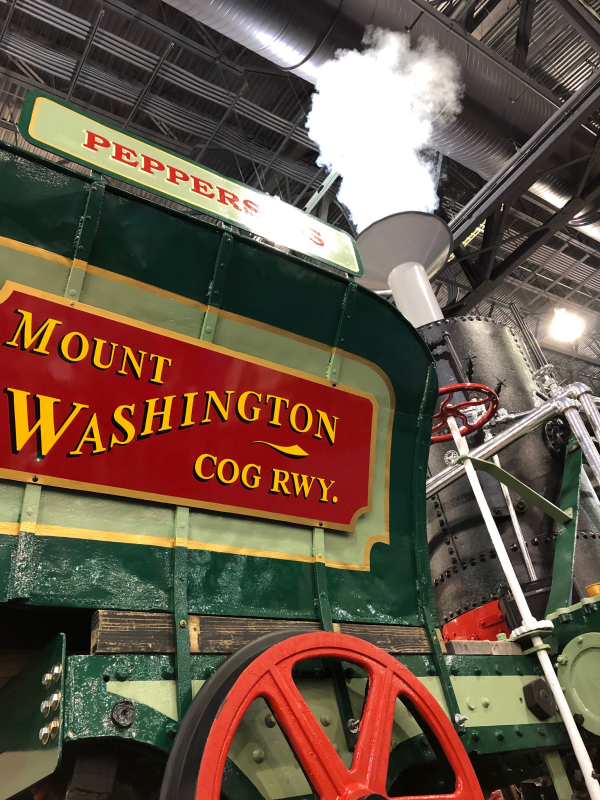