The concert will feature a number of selections from the musicians’ holiday CD Wonderland, along with folk and acoustic fare from their standard repertoire. With influences and styles ranging from folk to jazz, Celtic to rock, blues to Broadway and beyond, Burke, Surette, and Allyn present seasonal repertoire with heart, flair, and energy.

Of their holiday CD, Boston Globe music writer Scott Alarik wrote, “Wonderland is a wintry gem, elegant as a Manhattan midnight, bewitching as hot buttered rum, and as warm and folksy as your grandmother’s old quilt. The trio moves gracefully among pop chestnuts, new songs, and ancient carols. Surette’s playing on guitar, mandolin, and cittern, is a marvel of melodic purity and ribbon-candy chordal color, lightly augmented by Allyn’s quicksilver piano. Burke’s twilight mezzo always puts melody before mechanics and heart before dazzle.” 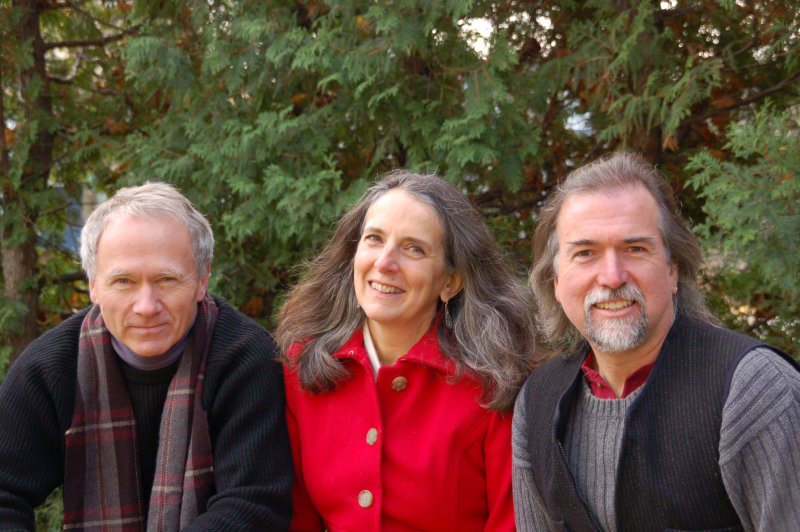 Surette and Allyn are members of the Concord Community Music School faculty.

Admission is $15 for adults and $12 for students and seniors. For more information or to purchase tickets, call (603) 228-1196 or visit www.ccmusicschool.org.

Susie Burke and David Surette have made a name for themselves as one of the finest acts on the lively New England folk scene. Burke’s vocal style is at once stunning and heartfelt, and is matched by Surette’s fluid fretwork. Together since 1988, Susie and David have built a steady following for their own blend of contemporary, traditional, and original folk and acoustic music. Susie and David have released five albums since 1990 on the Madrina Music label, to positive response from both critics and audiences. Their latest recording, a duo effort titled Waiting for the Sun, was released in 2015. Together, they bring skill, taste, feeling, and pure enjoyment to their music, and are bringing their music to an ever-widening circle of listeners. Burke’s musical tastes and influences are varied and many, encompassing contemporary and traditional folk, swing, country, topical songs, and a cappella singing, with detours along the way for Broadway show tunes and classic ballads. “She possesses one of the finest, purest ballad sopranos heard in folk music today,” writes Scott Alarik in the Boston Globe. Surette is well-known as a top-notch accompanist in New England's contradance and Celtic music circles, and is also in demand as a studio musician. As a multi-instrumentalist, David brings a variety of stringed sounds to the duo. Folk Roots magazine notes that his “bouzouki, guitar, and mandolin playing is exemplary.” In addition to performing and recording, Surette maintains an active teaching schedule, and is folk coordinator for the Concord Community Music School’s folk, jazz, & popular music department.

Kent Allyn is an in-demand accompanist and studio musician, as well as a key member of several groups, including Ben Baldwin & the Big Note and the Night Heron Consort. His stellar bass, piano, and electric guitar work have been heard on numerous recordings, Susie and David’s among them.