Home Archives Subscribe
Celebrate the Frank Lloyd Wright’s 150th at his New England masterpiece, the Zimmerman House
Concord, NH: The next big place…. Amid new artisan shops, farm-to-table eateries and a performing arts center, Concord NH is a destination that is ready to pop

MARSHFIELD STATION, NH - The Mount Washington Cog Railway has run its traditional railway coaches up Northeast's highest peak for almost a century a half – until now… The World’s first mountain-climbing cog railway started its full season schedule this past Memorial Day Weekend with a surprise – the first new passenger coach design in two decades. The prototype coach has upgrades and design elements aimed to greatly improve the visitor experience. 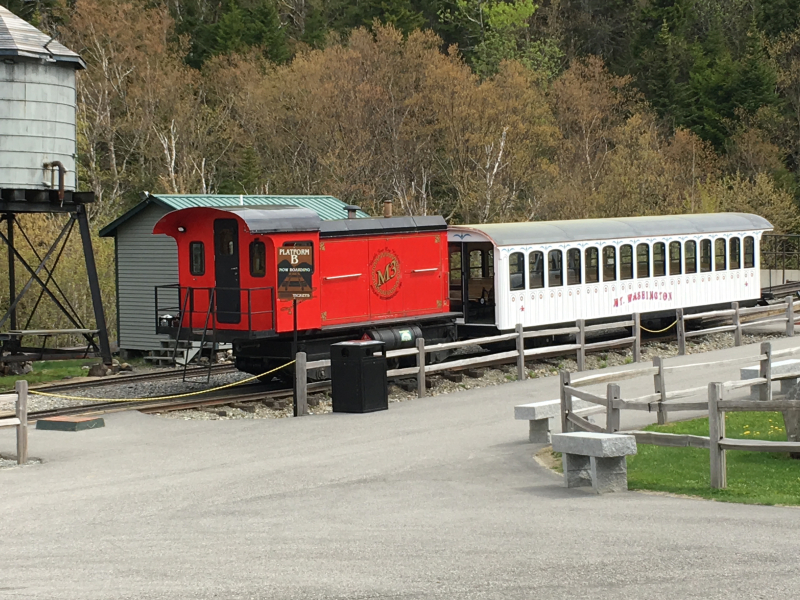 Among the upgrades to the new passenger coach is an air suspension system, air assisted brakes, the use of sound proofing materials including acoustic foam and air-tight marine–grade windows custom built to withstand the frequent temperature changes that take place by the significant change in elevation. The new larger front and rear windows also offer expanded views from all vantage points. The coach also uses rubber-infused plywood to reduce vibration and sound.

Cog Railway Owner, Wayne Presby, after running a test with a sound decibel meter, stated ” The sound inside the new traveling coach registered at a level of 62 decibels, or levels equal to the sound inside a luxury automobile.”

The railway partnered with other NH- based companies for this project. The Gasket, Seal & Packing Network, (GSPN) Inc. of Bedford, NH provided all sound-proofing materials, and Bo-Mar of Charleston, NH, provided the thermal windows and doors. Edward Sylvia, President of GSPN, Inc. having worked with the railway for over 30 years, said of the project, “It was great to bring three New Hampshire companies together to develop a better product to bring to guests riding the railway.”

The Cog Railway Shop crew designs, builds and maintains all of the biodiesel locomotives, steam engines and coaches on-site at the train shop.

By designing and building trains and coaches with environmental improvements in mind, the railway works towards sustainable tourism, offering a better experience to guests. The owners have consistently worked to upgrade efficiency and lower environmental impact by building six biodiesel engines since 2007, while at the same time providing a benefit to the local economy by working with other New Hampshire companies to get the job done. Every year, The Cog Railway brings visitors from all over the world to the summit of the Northeast's highest peak on vintage steam and modern biodiesel trains. This season marks the 148th year of operation for the Cog.

The Cog is located at Marshfield Base Station on Base Road, Mount Washington, NH just 6 miles off route 302 near Historic Bretton Woods, NH. For more information and the daily train schedule, visit thecog.com.