Concord, NH –On Friday August 5, the McAuliffe-Shepard Discovery Center will feature THX 1138, George Lucas’ directorial debut, in which love is the ultimate crime. Set in the dystopian future, THX 1138 revolves around two rebels, played by a young Robert Duvall and Maggie McOmie, who try to break out of their rigidly-controlled society’s drug-induced, robot-controlled norms. Shot in the newly constructed BART tunnels in San Francisco in 1971, this artistically-shot film foreshadows some of elements in Lucas’ future Star Wars series. 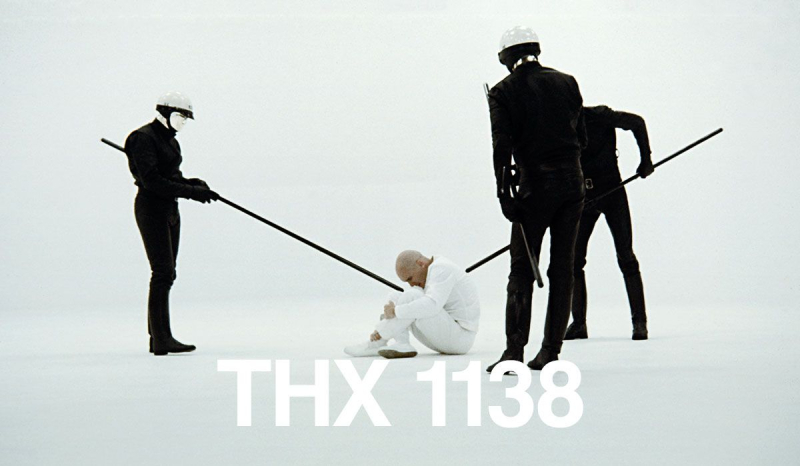 The Discovery Center’s exhibit galleries will open at 6:30 p.m. on Friday night, August 5. The planetarium show Tonight’s Sky begins at 7 p.m., followed by THX 1138 at 8:15 p.m. Admission, which includes the exhibit galleries, planetarium show and THX 1138, is $10 for adults, $9 for students and seniors, $7 for children under 13, and free for members. Pending clear skies, members of the NH Astronomical Society will set up telescopes on the Discovery Center lawn for free night sky viewing, beginning at dusk. The Discovery Center’s Teen Night program is on hiatus for the summer.

The Discovery Center is open from 10:30 a.m. to 4 p.m. now until Labor Day. Summer fun at the Discovery Center includes the new traveling exhibit, Eat Well, Play Well, Star Trek and Star Wars memorabilia, new planetarium show The Little Star that Could and old favorites Sunstruck, Black Holes and Tonight’s Sky, as well as Sci-Fi Fridays the first Friday of each summer month.