Home Archives Subscribe
First, Second or Third in the Nation: The Importance of New Hampshire and the Juggling of the Primary Schedule
Margret and H.A. Rey Center’s fundraising gala

Concord, NH - Some 45 years ago today, on February 5, 1971, Derry New Hampshire native Alan Shepard set foot on the Moon. Grounded for a decade after his initial space flight as America’s first astronaut due to a medical condition (Meniere’s disease, an inner ear problem that affects balance), Shepard quietly got the problem fixed so he could resume flight status. After its disastrous Apollo 13 mission, NASA wanted a commander for its next lunar mission that would be cool, calm and collected in the face of any emergency: Alan Shepard was their man! As Apollo 14 commander, Shepard and crewmates Stuart A. Roosa and Edgar Mitchell launched into space on January 31, 1971. 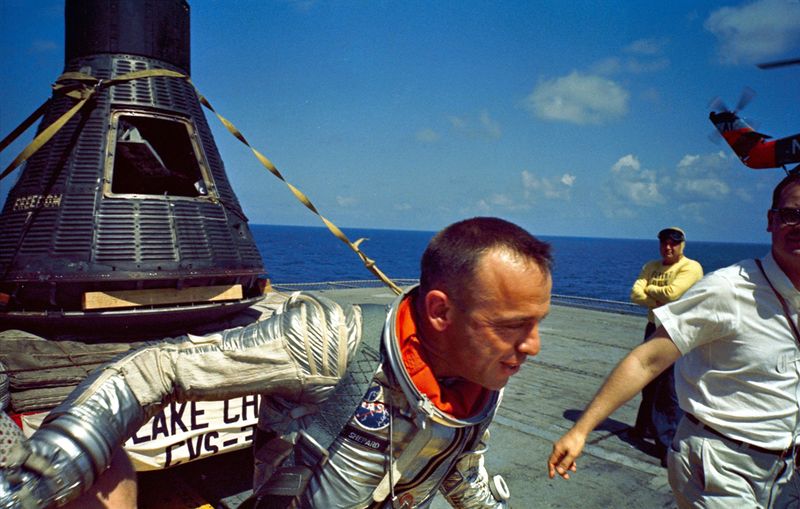 Shepard and Mitchell touched down onto the lunar surface on February 5 while Roosa orbited above, photographing the lunar surface. Shepard and Mitchell performed a variety of experiments, tested NASA’s new modular equipment transporter, collected moon rocks – and Shepard even got in a little golf – before leaving the Moon on February 6 to return to Earth, loaded with lunar samples that NASA is still utilizing to learn more about Earth’s neighbor a quarter of a million miles away. The McAuliffe-Shepard Discovery Center salutes Shepard’s spirit of adventure and dedication to science and exploration on this 45 anniversary.