The American Hockey Institute (AHI) is based out of Waterville Valley, and the resort’s indoor ice arena is home ice for two junior hockey teams, the New England Wolves and the Fighting Spirit.

The Wolves are an independent team of post-high school grads and play in the Academy East Hockey League conference made up of prep schools throughout New England and Canada.

Waterville Valley welcomes a new AHI team this year, the AHI Fighting Spirit, also a junior team made up of post-high school grads.   The Fighting Spirit will play in the Northern States Hockey League that consists of eight teams from Maine to New Jersey, including upstate New York.

The Fighting Spirit started their season on Monday, Aug. 26. Their first home game in Waterville Valley is on Saturday, Sept. 14 at 2 p.m. vs. the New England Stars (NSHL conference game).

The Wolves kick off the season with their first practice on Tuesday, Sept. 3, and their first home game is on Friday, Oct. 25 at 6 p.m. vs. Walpole Express of the EHL.

Both the Wolves and the Fighting Spirit players live in Waterville Valley throughout the season.  The public is encouraged to attend both teams’ games.  There is no charge for admission. 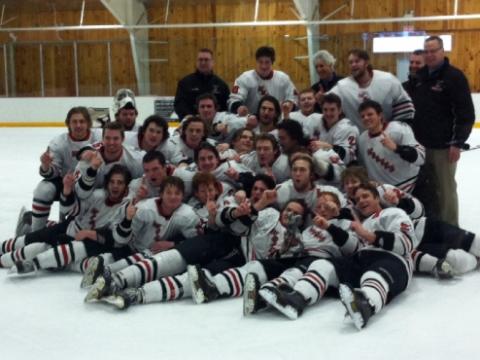